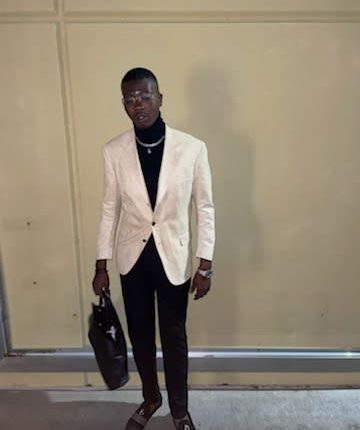 Have you heard about the upcoming movie The Last Man on Earth (2021)? It’s going to be released later this year in December. This movie will be epic as only one man stands alone on earth as all humans vanish from the world. This movie will show the desires, fears, and people he misses; everything is in the past. The main cast of this movie is Alexandre Alonso, Gal Gracenia, Maria Ribeiro and produced by Emmanuel Olowe. Wondering who Emmanuel Olowe is and wants to learn more about him? Here is more info about him.

Emmanuel Olowe is a Nigerian-American Film Writer and Producer originally from Houston, Texas. Emmanuel began his filming career in 2012 as a production assistant in the short documentary Bury the Sky. Since then, Emmanuel Olowe has worked various roles in film production, and in 2017 landed his first role as an associate producer in the British feature film Despair, the same year, he also produced The Job. After that, Emmanuel has worked steadily as the associate and executive producer on several different films, including Honey and Wine (2020), Memento Mori (2020), The Last Man On Earth (2021), Residence at Risk 2 (2021). He even has a couple of more film projects in progress, including The Cartel Queen and Michael Sammler. This financial specialist is consistently occupied and has no plans of halting at any point soon. He also loves writing and sharing stories. This June, Emmanuel’s first book Alex and Sam’s Lemonade Stand, will be published.

What is Alex and Sam’s Lemonade Stand all about?

The book is called Alex and Sam’s Lemonade Stand, its about a boy named Alex that sees a skateboard in the store that he wants to buy. After Alex’s Father explains to him about building a business and with the help of Alex’s older brother Sam, Alex creates a lemonade stand. During the process of running the lemonade stand Alex learns a lot of valuable lessons in running a business.

What Made You Write this book?

To motivate individuals from even an early age to learn and know about financial education. I want to grow up. I was honored to get the excellent training I got; anyway, I was not shown anything about financial literacy. With how innovation is moving at high speed, I feel like this is the best time to instruct the best in class age about financial proficiency to be prepared to deal with the world as financially capable elders.

One thing that Emmanuel is known for is continually keeping his fanbase engaged. Fans love to remain on top of their current and forthcoming ventures to be the initial ones to get a look. His work never frustrates them. To see a more incredible amount of what Emmanuel Olowe is up to and what he will do next. Emmanuel can barely wait to grant his records to the world and is believing this book opens up new encounters for him.